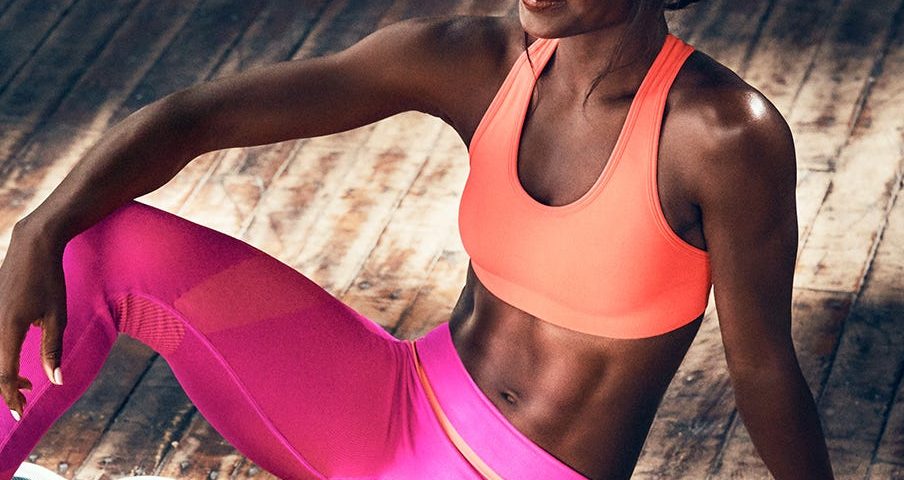 Here’s what a trainer has to say.

Whether you are looking for stronger biceps or to up your cardio game, setting a fitness goal or benchmark to reach is essential. For some people, that goal is “get a six pack”—but this can be easier said than done if you don’t have a smart, trainer-backed program to get there.

Let’s be upfront: Developing six-pack abs is not easy, or necessarily possible for everyone. The first thing to know is that not all of the factors that influence whether or not you can actually see your abs are under your control. For example, body composition (or the ratio of body fat to lean muscle mass you have) is impacted by diet and exercise, sure, but also genetics. Plus, belly fat, in particular, can be impacted by hormones such as cortisol, a.k.a. the stress hormone. In fact, stress has been linked to higher levels of abdominal fat in non-medically overweight women, according to research.

So, what body fat percentage *do* you need to have for a six-pack to appear? “Most women would need to achieve a range of 15 to 19 percent body fat (BF),” says Jamie Costello, MSC, of the Pritikin Longevity Center. “Theoretically, as long as the approach to the reduction of body fat is safe—for example, no more than 1 to 2 percent per month reduction through healthy eating and consistent exercise—it’s an acceptable goal for the extremely dedicated and genetically blessed.”

Assuming your diet, training, and genetics support the goal (and where you are starting from), Costello says noticing six-pack abs would mean safely shedding 1 to 2 percent body fat per month until your desired body fat percentage is achieved. “For that 1 percent of dedicated athletes, getting below 20 percent BF could take six months or more.”

But this information comes with a caveat, Costello says: “It is not a goal I would advise for the general population. My hesitation would be that it is not a realistic for most women, and can cause unnecessary frustration.”

Costello’s preferred focus? “Functionality of the body as it relates to daily activities,” he says. That involves taking aesthetics out of the picture—in other words, “I want a six pack!”—and instead focusing on overall health. The good news? That can still include super-toned abs.

You’ve heard of goal revision, right? Well, this one is an easy revise on semantics. Instead of focusing on six-pack abs, envision (and break a sweat for) a tighter core and sculpted midsection, both of which can be obtained by scrolling down for intel on how to get stronger abs, ASAP, according to certified trainers and research.

It’s hardly surprising that one of the things Kourtney Kardashian’s trainer had the reality TV star start doing to get in the best shape of her life (visible abs and all) was incorporate cardio into every workout.

Why? Because aerobic exercise is a great way to burn fat. The more cardio you do, the more belly fat you stand to lose, according to a review of 16 clinical trials that looked at the connection between the two. And since there’s no such thing as spot training a muscle group, you can lose overall body weight, too.

So, when you do cardio consistently as part of a fitness routine that’s also focused on core and muscle building, you’ll start to see your body composition shift and more tone and definition from head to toe—abs muscles included.

2. Add HIIT workouts into the mix.

What is HIIT? Well, for starters, it’s short for high-intensity interval training, and it may just be the fastest track when it comes to how to get abs. That’s because the fitness technique combines cardio AND strength training in one quick, effective workout, a.k.a. it really gets your heart rate going.

“The beauty of a HIIT class is that it gives you the benefit of body fat loss, as well as putting on lean mass,” says Steve Uria, certified trainer and founder of the HIIT-based fitness studio Switch Playground. “I would say, if you start doing HIIT three to four times a week you will see a noticeable difference in in your body.”

“Every workout should involve core training,” says certified trainer Anna Kaiser, founder of AKT Fitness and the woman behind the abs of stars like Kelly Ripa and Shakira. Just know that exercise alone isn’t enough to give your muscle definition because core workouts won’t decrease belly fat necessarily, according to a small study that looked at 24 women who did abs exercises five times per week for six weeks; you also need to follow a healthy diet. You’ve probably heard it before, but a six pack is really built in the kitchen.

Still, the only way to build muscle and achieve that definition is through exercise. When working out your abs muscles, it’s important to not just focus on your rectus abdominis (i.e. six pack). You want to strength train your entire core, which includes your internal and external obliques, transverse abdominals, and internal stabilizers, by doing moves that sculpt from every angle (like in this abs workout from Kaiser).

If you’re already active, chances are you’ve likely heard that protein is an important part of the recovery process between workouts as it helps your muscles rebuild and get stronger. But did you know that increasing your protein intake could also help you change your body composition by decreasing body fat?

It doesn’t even take a whole lot of extra protein to make a big difference. Adding just 15 percent more protein into your diet could do the trick, according to one study. Here are the best high-protein foods to start eating now if you’re not already. Almond-Sunflower Seed Protein Cookies, anyone?

Staying well-hydrated isn’t just good for your skin and system overall, some research suggest that it can actually help you burn more calories and lose more body fat too.

Drinking approximately 17 ounces of water can boost your metabolic rate by up to 30 percent for anywhere from 10 to 40 minutes as it boosts your energy expenditure, according to research. The same study found that you burn 23 calories for ever 17 ounces of water you drink, just FYI.

You remember that childhood story about the grasshopper, who only had just enough to get by, and the ant that stockpiled every bit of food it could to save for the future? Yeah, well your body is basically the ant in that fable. It stores any excess fuel from food it’s not burning right away as fat to be broken down for energy at a later date.

This process happens very quickly with foods that are high in sugar and/or calories like sweets, packaged goods, and even drinks, like soda and wine. So, consuming them in moderation is a key if you’re interested in figuring out how to lose fat and gain muscle at the same time in order to create more definition in your six-pack region.

Here’s some more food for thought: Refined carbohydrates, like white bread, flour, and rice, can send your blood sugar levels on a roller coaster ride making you feel hungry and reaching for food to balance yourself out.

Instead, reach for complex carbohydrates, which have a low-glycemic index, meaning they won’t spike your blood sugar, and they’ll make you feel fuller for longer because the are also good sources of fiber. Plus, they’re the easiest nutrient for your body to break down when it needs energy.

Eating a high-fiber diet is good for your overall health. But if you are specifically interested in how to get abs and your six pack to pop, adding just 10 extra grams of soluble fiber daily can reduce belly fat.

Study participants who did so saw a 3.7 percent reduction in abdominal fat over five years without doing anything else.

BY SAMANTHA LEFAVE AND CAROLINE SHANNON-KARASIK

SAMANTHA LEFAVE Freelance WriterSamantha Lefave is an experienced writer and editor covering fitness, health, and travel.CAROLINE SHANNON-KARASIKCaroline Shannon-Karasik is a writer and mental health advocate based in Pittsburgh, PA. 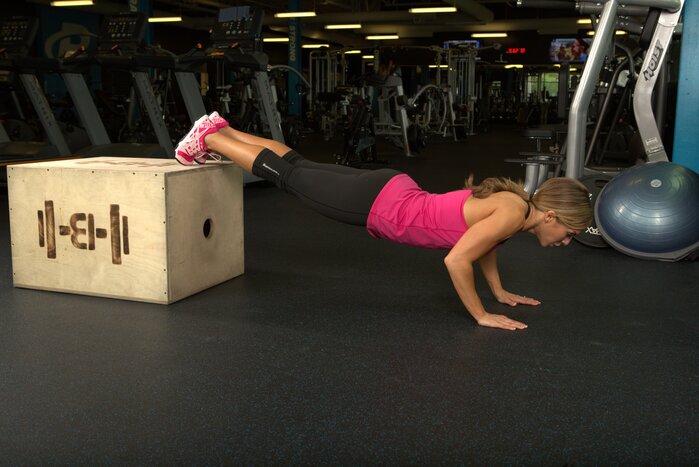 The Best Way to Start a Fitness Routine